My name is Wayman JR Blazier. I am a 2001 Graduate of Dundee Central School in upstate NY. I moved to Worthington, Indiana in July 2007. I later moved to Linton, Indiana where I was given the opportunity to Serve the residents of Linton as a Reserve Police Officer in 2009.

I started working with the Town of Bloomfield Police Department in November 2013 as a Reserve Police officer. In September 2014, I accepted a full time position with BPD as a Deputy Town Marshal.

I am a trainer for the department for the ECWS E-Ticket system and I am certified in the Reid Technique of Interview and Interrogation through John E. Reid and Associates. I will be attending the Indiana Law Enforcement Academy in either November or December of 2015. I look forward to a long career with the Town of Bloomfield and helping the residence of the community.

If you would like to contact Officer Nichols you may do so at the email provided below: 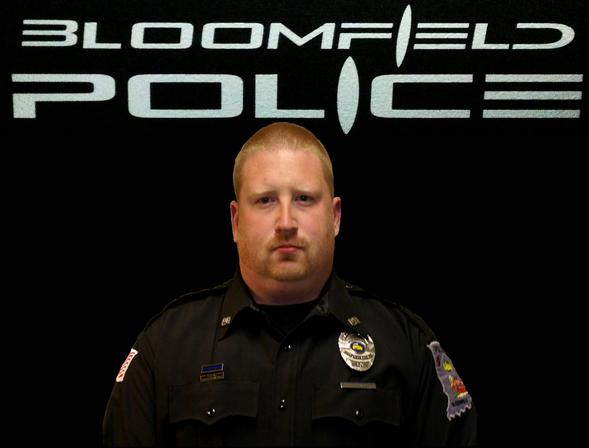